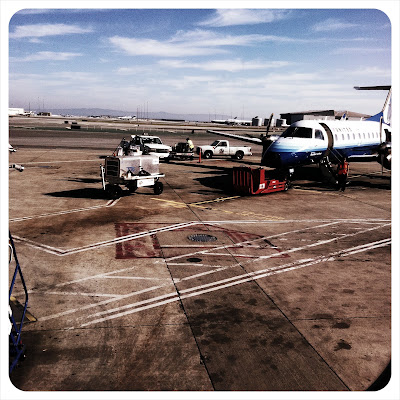 I picked up this book to read on the plane ride home, because I like Michael Pollan, and because it's recommended everywhere. It's a bit boring, but so interesting. I'm only done with the first (of four) sections, but, like In Defense of Food, it's already changed the way I think about food. If I hadn't already decided to adopt a vegetarian lifestyle, this book would have made me. It's definitely made me want to try to avoid eating processed foods. 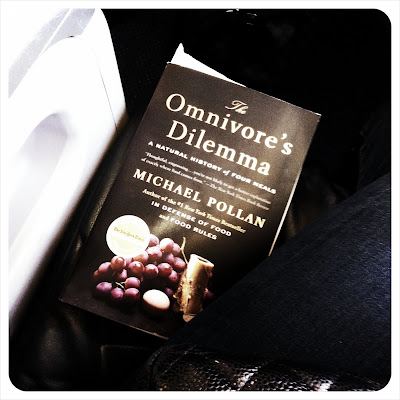 About 5 years ago, I had a brief stint as a vegetarian after watching a PETA dvd. It was very effective initially due to the shock value of disturbing images, but a few months later that had worn off and I went right back to eating meat. Even though I know it's the reality, I don't want to carry those images inside of me.

I think books like The Omnivore's Dilemma are more effective for the long run, because instead of just shocking you, they inform you and completely change the way you think. Here are a few other, gentle, resources for people who are considering changing their diet:

In Defense of Food by Michael Pollan

The Kind Diet by Alicia Silverston

Supersize Me (documentary)
Posted by Corrin at Saturday, October 15, 2011

Labeled on the road again, read and watch, the kind diet