New makeup for the fall! 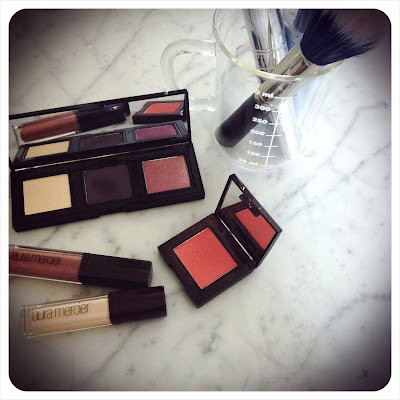 A new eyeshadow palette, and blush. I also bought an eyeshadow primer, which works alone too for a really natural look. I'm usually a beige shadow kind of girl, but this looked really pretty when the sales-guy applied it, and easy enough that I'm even able to recreate his look at home.

Here's my old stuff, basically the same idea but lighter and more subtle: 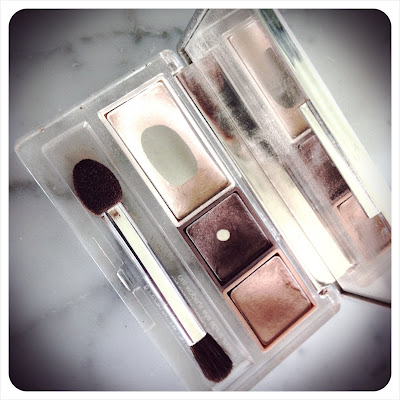 I have a rule about buying makeup (which, oddly enough, was taught to me a while back by my husband): No buying makeup at the drug or grocery store. It actually makes a lot of economic sense, because instead of picking up a cheap eye shadow, or lipstick, for a few bucks every week or so, I buy a more expensive and high quality eye shadow, or lipstick, a few times a year at a store visited specifically to buy makeup, either the beauty counter at a nice department store or Sephora. Not that there aren't some good makeup products at the drugstore, but this rule ensures no impulse buys, and no waste, because I've tried on everything that I buy.

I also tried a new fragrance, wore it for the day and had to go back and buy it: 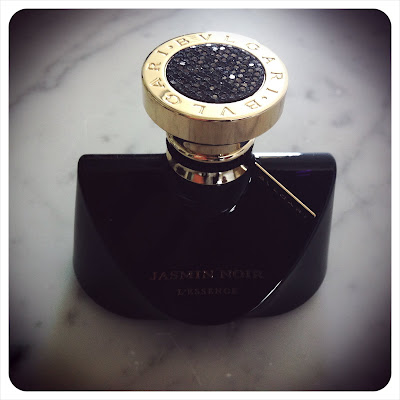 It wasn't on my fall to-smell list (which I checked off: Chanel No. 19 Poudre, Tom Ford Violet Blonde and Balenciaga L'Essense!), but it was better than any of them. It smells very sexy. Smells similar to a florally Dior Addict, and doesn't give me a headache.
Posted by Corrin at Monday, October 17, 2011