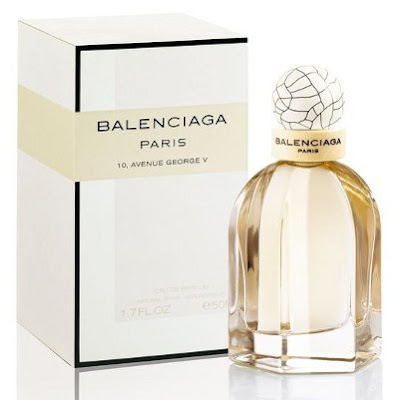 We were shopping a few days after Christmas, and I walked past this display of Balanciaga Paris perfume. The smell stopped me right away, and I sprayed it on to see if it was any good on me (how it would mix with my skin, and whether it would give me a headache after a while). I sort of liked it more and more, and I went back for it for a Christmas present to me. They had a gift set, with the body gel and the cutest travel size bottle in a box with Charlotte Gainsberg’s picture on it. 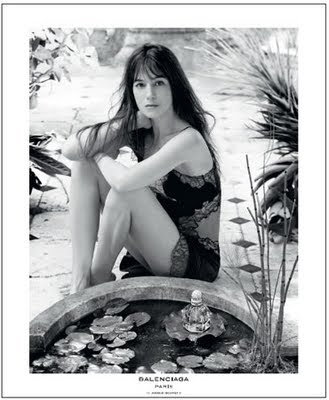 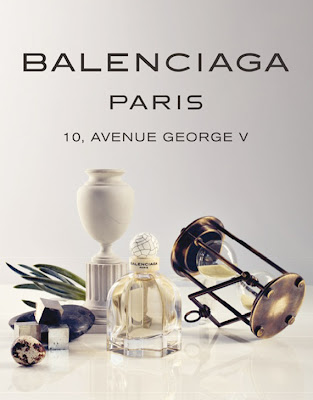 The first perfume I ever wore starting when I was about 13 - after, of course, Debbie Gibson’s Electric Youth, which I think was every girl my age’s first foray into scent? - was Incognito by Dana. I remember it being a really heavy, sort of off-putting, scent. Internet says it was (they stopped making it) an Oriental Floral, with top notes of aldehydes, orange, green notes, basil, bergamot, brazilian rosewood and lemon; middle notes of honey, carnation, cinnamon, orris root, jasmine, ylang-ylang, lily-of-the-valley and rose; and base notes of amber, sandalwood, tonka bean, patchouli, benzoin, civet, vanilla, incense and styrax.
Escape by Calvin Klein (early 90s) 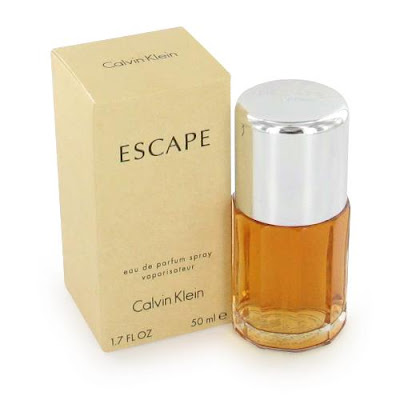 Next was, Escape - the first perfume I really loved. I can recognize it right away if someone around me has it on, and while I still love to smell it, it gives me a huge headache if I try to wear it now. Internet says it is classified as a Luxurious Aquatic, and the notes include chamomile, apple, mandarin, rose, plum, peach, musk, sandalwood.
Encounter by Victoria’s Secret (mid-90s) 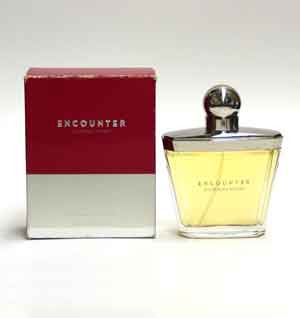 I started wearing Encounter in high school. It was very sweet and vanilla-y, and unlike any Victoria’s Secret perfume that I’ve smelled since. I was really sad when I couldn’t find it anymore, after already having worn through a couple of bottles before it was discontinued. I can't find any information on it, other than that it had vanilla.
Happy by Clinique (late 90s) 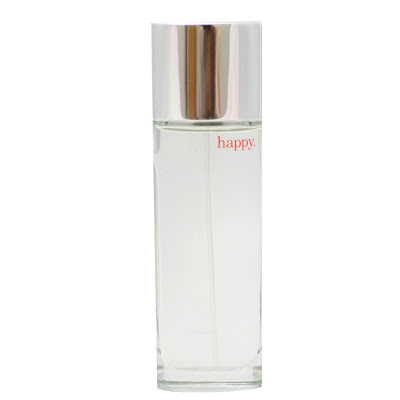 This, for me, was never a signature scent, but I think I got a small bottle in a makeup gift set and would wear it occasionally to work. I remember it being really citrus-y, but the internet says it is a floral, made from a blend of floral jasmine, lily of the valley, and carnation.
Desire (for Women) by Alfred Dunhill (early 00s) 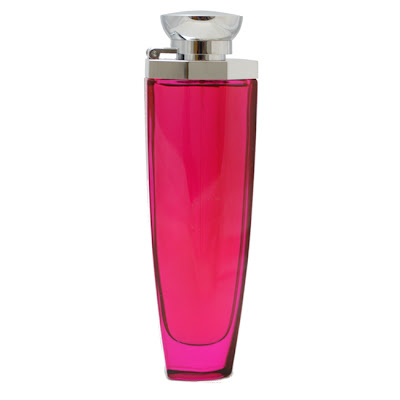 Ok, this is the perfume that I thought I would wear until I died. When I put it on - and I doused myself with it - I smelled like the me I was supposed to be. It was sweet, but had a touch of something to contrast the sweet, chocolate-y, and semi-strong. The first (and maybe only?) perfume I got a lot of compliments on. They discontinued it and I was so mad! I actually bought a bottle a few years ago from one of those big internet sites, and I don’t know if it had spoiled (or maybe was just better in my memory?), but it was not at all good and I wound up throwing it away. Notes: licorice, amber, orange, myrtle, rosewood, bergamot, tiare flower, rose, freesia, sandalwood, vanilla, and caramel.
Breathless by Victoria’s Secret (early 00s) 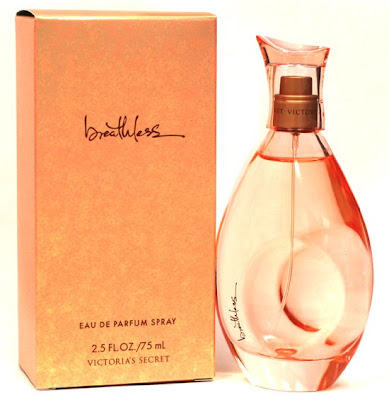 I borrowed this from my cousin for a big occasion after forgetting to wear any perfume. I remember liking it a lot, it smelled powder-y and nice. I bought a bottle afterwards and wore it occasionally, but I couldn’t smell it without remembering that night, which turned out to be a deal-breaker. Internet says: Sensual Fragrance That Will Catch Any Moment In Time (sure did). Blend of orange blossoms, neroli petals, tangerine buds, sandalwood, cashgora, and musk.
Amor Amor by Cacheral (mid 00s) 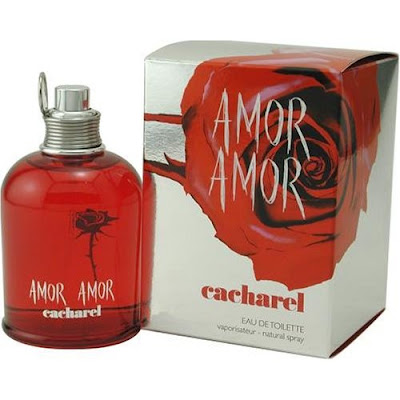 This is a good example of a perfume that tricked me. I liked the smell of it, but did not try it on enough before deciding. It was good on paper – in the magazine sample – but terrible on me. I got it for Christmas, and although I tried to wear it several times, it was never good on me. I did love the way the bottle looks though, sigh. Notes include mandarin, black currant, melati blossom, lily of the valley, white musk, grey amber.
Dior Addict Perfume by Christian Dior (mid-late 00s) 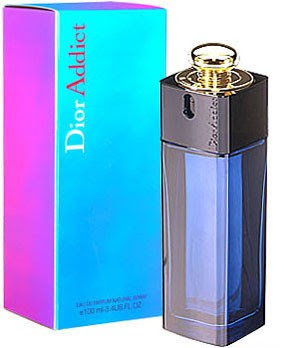 Although I absolutely love the smell of this perfume, it is way too heavy for anything but a special night out (or in). It overwhelms me, and no matter how little I spray it still seems like too much. I keep my perfumes in my closet to remember when I am getting dressed, and whenever I wear this, I can smell it for days whenever I open the closet. Notes: silk tree flower, mandarin leaf, orange blossom, night queen flower, bulgarian rose, bourbon vanilla absolute, mysore sandalwood, tonka bean.
Amorito by The Body Shop (mid-late 00s) 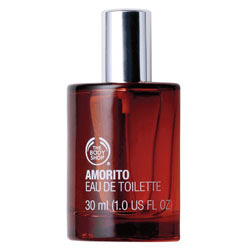 A very, very sweet fragrance, but with a delicious chocolate-y smell that I loved. I bought this while evacuated from Hurrican Katrina - I hadn't brought any perfume with me and it was a little pick-me-up that I continued to wear everyday long after going home. When the time came to buy a new bottle, I found that the new one had a much different scent and smelled very cheap. I never wore it again. Notes: chocolate, jasmine, and vanilla.
The One (for Men) by Dolce & Gabbana (late 00s) 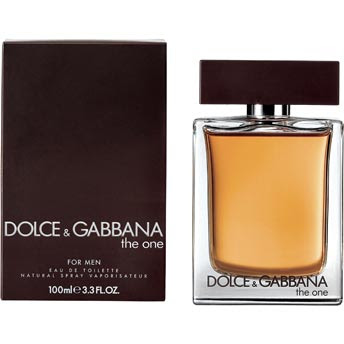 I have to include this here, even though it is a man's scent, because I love it and will actually wear it, on occasion, not very often as it is very masculine. I was so jealous when my husband decided that he wanted to start wearing cologne and immediately picked this - the first day of shopping! It is definitely his signature scent; it smells incredible on him, but at the same time just like him. It is a bit strong, especially when first applied, but not unpleasantly so. Notes: grapefruit, coriander, basil, cardamom, ginger, orange blossom, cedar wood, ambergris, and tobacco.
Pure Vanilla by Lavanila (2010) 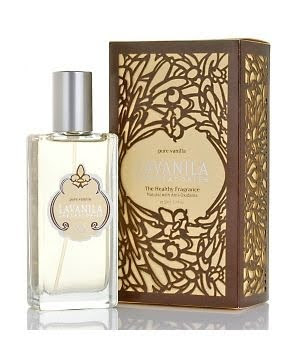 I found a Lavanila rollerball sampler set last January at Sephora, and bought it on a whim. I fell in love with the Pure Vanilla, would actually sniff my wrists all day long, and went back for a bottle. I actually didn’t like the smell of the perfume spray at all, so I went with a full-size roller instead. I love this scent, it’s light, non-sweet, and not foodie smelling at all. It’s sort of warm and musky instead. It’s pretty cheap, but not cheap-smelling. I wore it every day in 2010, and will definitely wear it again in the future. Notes: madagascar vanilla, freesia, patchouli, heliotrope, tonka bean. 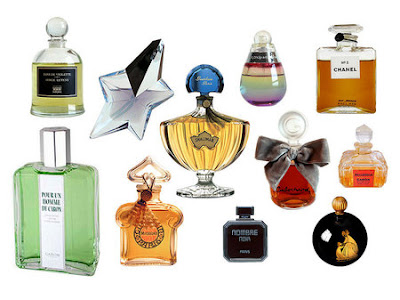 Scents carry such powerful memories, don't they? Today, I wear Balenciga almost every day, sometimes I spray it on twice a day. When I get over it, I will probably alternate it with Pure Vanilla (or switch back to that for the summer). I still have a bottle of my beloved Dior Addict, but it is so heavy that I only use it once in a blue moon. I have been know occasionally to spray on a bit of hubby’s D&G The One, which is better on him, but still such an intoxicating scent. It's fun too to see my tastes changing from so pink, girly, and sweet, and becoming a bit more mature.
Posted by Corrin at Tuesday, February 01, 2011