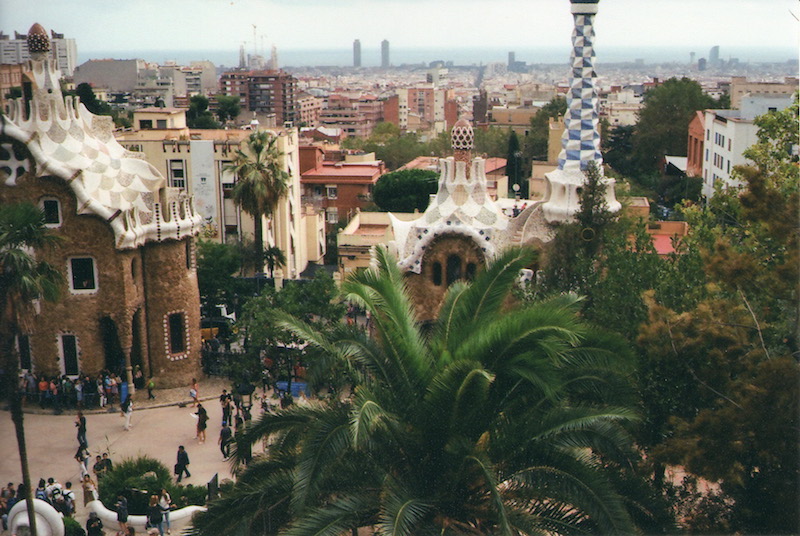 I got my first roll of film back! This was the first film that I shot with my vintage Canon Canonet 28 from Barcelona (the New Canonet 28, a 35 mm rangefinder that originally sold in 1971 for a bit more than $50, around $300 in 2016 dollars). I was so pleasantly surprised by these photographs. And—unbelievably from the state of those black seals—there were no light leaks. 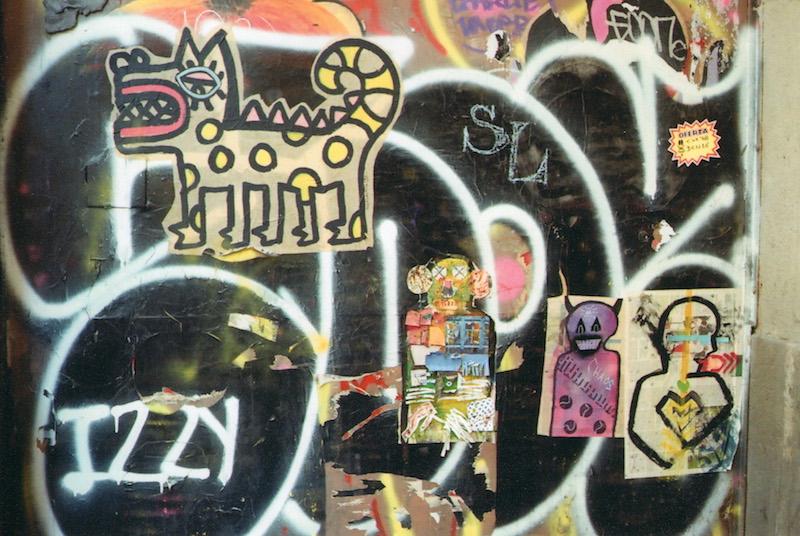 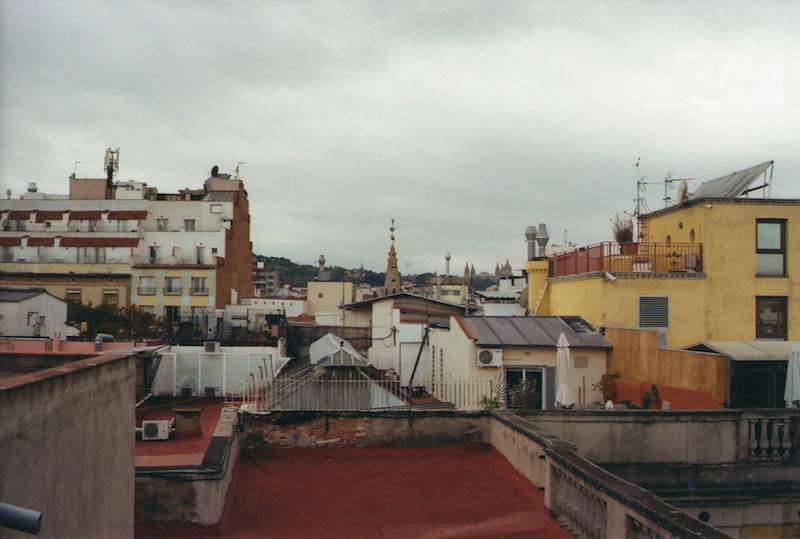 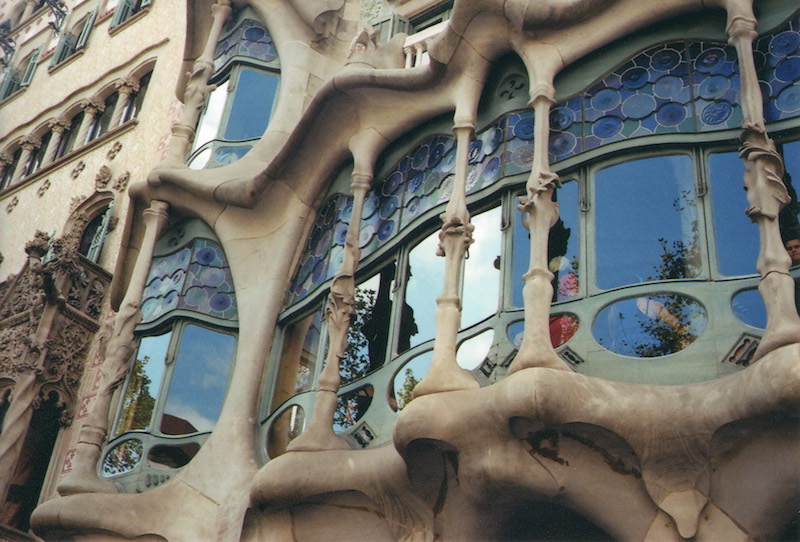 The photos are a lovely blend of sharp and dreamy, and almost look like there's some hint of tilt-shift effect applied.  My husband even commented that the scenes don't look real. Of course, we're comparing them to what they looked like in real life, but you may be able to see it when compared to a digital pic from the same time and almost exactly the same angle:

The photo below was taken with the Canonet 28, the one under that with my digital camera, a Sony Cybershot RX100. Film is better, no? 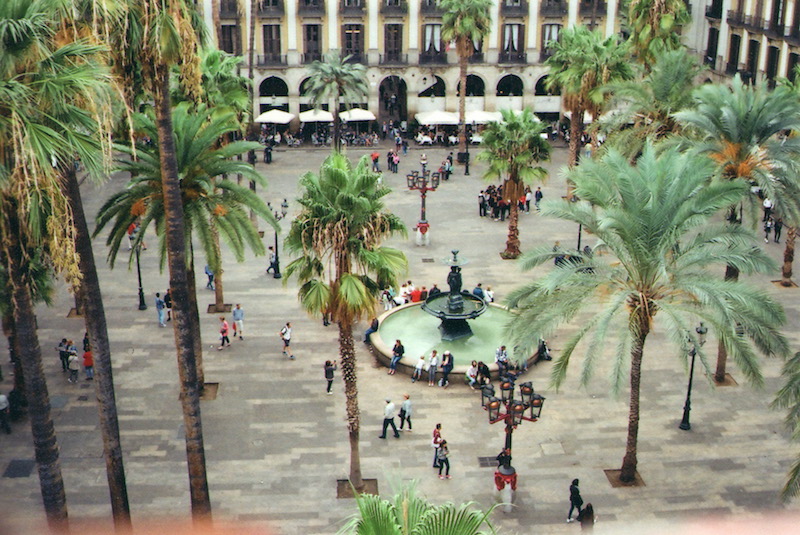 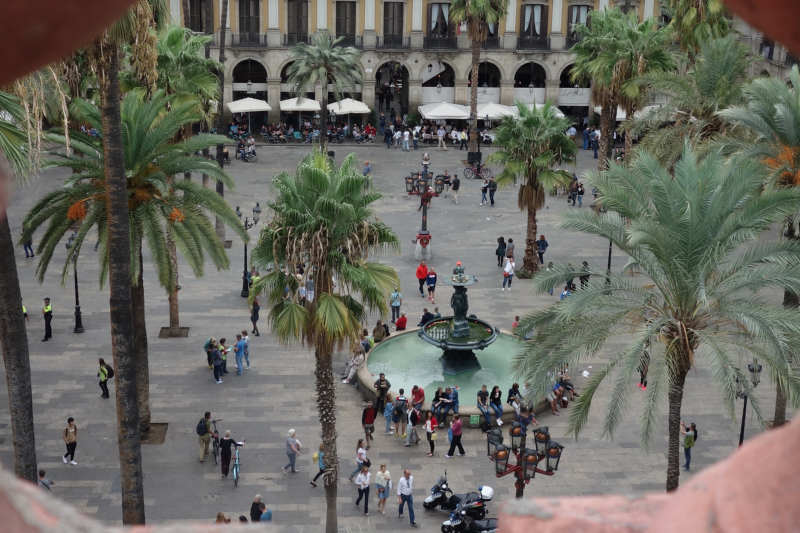 I'm not sure if it's the film or the camera, or both, but I love it. I asked the guy at Nostalgic for a color film and Kodak ColorPlus 200 is what he sold me. He called it cheap but good, and I really wish I had bought more rolls from him since it appears to be discontinued. I hadn't used ColorPlus before, and I also hadn't used a speed under 400 for as long as I can remember, so I'm not sure how much the film and film speed contributed to the overall look. Anyway, this little camera was so easy to use—just point, focus, and shoot—and I'm in love with it! Let me be perfectly honest though, there were times when I just couldn't get the shot. There is a sweet spot, light-wise, for using the Canonet 28 and I'm still learning when I shouldn't even bother taking it with me.

Remembering that I knew nothing about this camera when I bought it—I originally had my heart set on an autofocus camera—and decided to completely trust the guy at Nostalgic, I'm even more thrilled. Why can't my local photography shop be more like that? I won't even get into my experience getting this film developed here at home, suffice to say I'm still looking for a good lab.  More information about the Canonet 28 can be found here.
Posted by Corrin at Tuesday, November 08, 2016