I love my shredder

I love getting rid of things, but I find it really hard to part with paper clutter, unless I shred it. My beloved shredder broke a while back, but husband bought me a new one. This is about one third of what I shredded, going through files preparing for the move. I'm used to deciding to move, and then moving like the next day, so all this time to prepare is driving me a bit nuts. 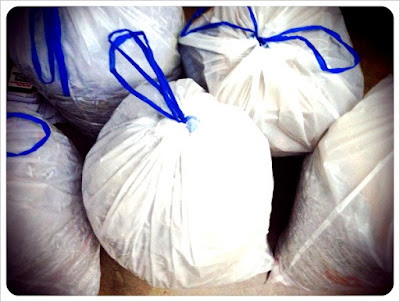 Shredder buying tip: Don't bother with an expensive shredded. They all break sooner or later (usually sooner) so just pick up the cheapie so you don't fell mad when it breaks. Also, don't get suckered in by claims to shred dvds or credit cards - even if it does, and it probably won't, it won't do it well.
Posted by Corrin at Thursday, February 16, 2012