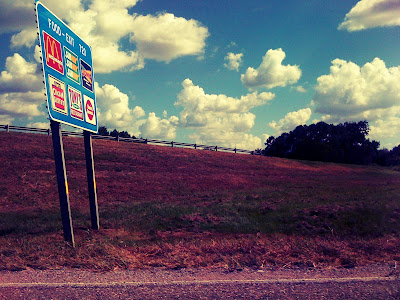 Yesterday was a gorgeous day for our long drive. 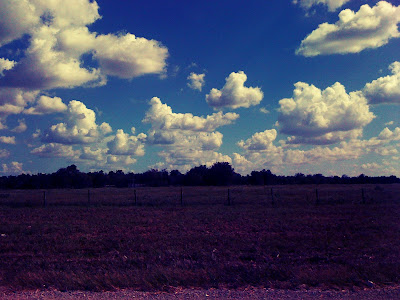 And then came the biggest rainbow I've ever seen in my life! I could see both side reaching down for the earth, and it was so... solid. 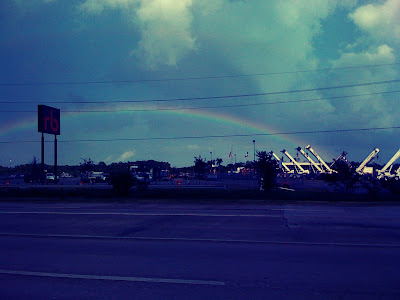 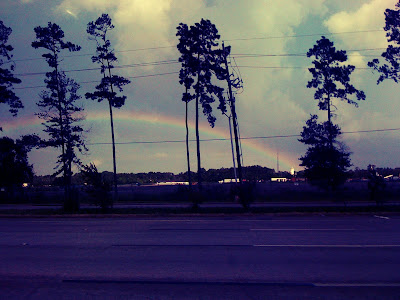 And then came something I've never seen before: two giant rainbows stretching along the same sky! The top one was very faint and the bottom one was very dark and had it's own whole piece of light sky under it. 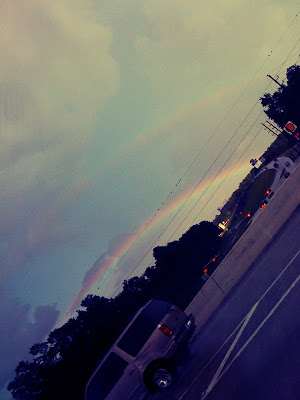 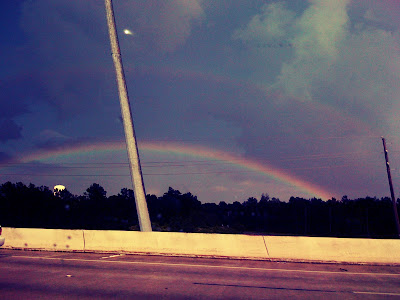 And then they were both gone. These pictures so do not do justice. 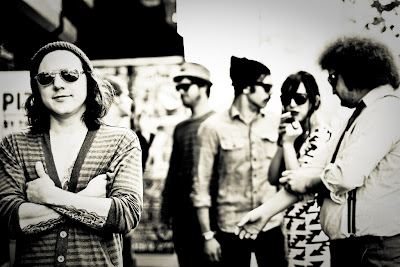 We listened to The Constellations' Southern Gothic album on the drive and can I say I love this band. Heard the first song and liked it enough to buy the rest ($7.99 on itunes, not bad) and it was well worth it. They sound a little bit like so many different people but still so original. (Felicia's still the favorite though.)
Posted by Corrin at Monday, August 09, 2010

Labeled on the road again, rockband