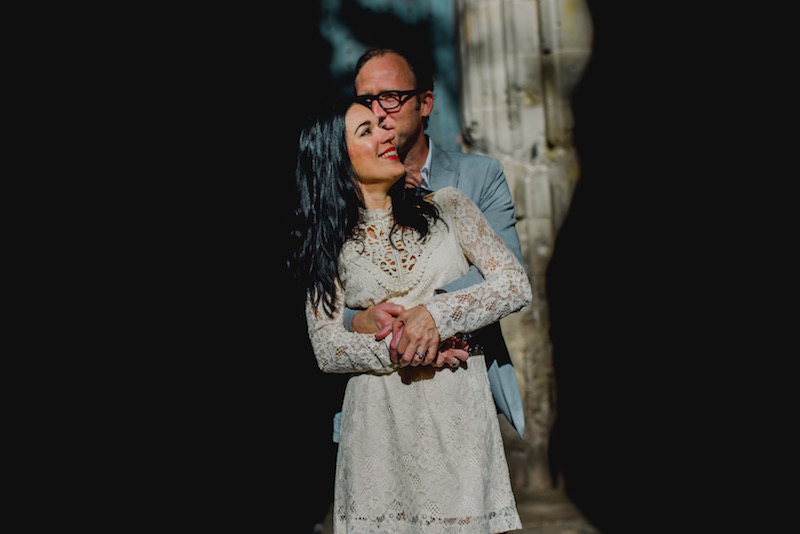 Our wedding day was wonderful, but I’ve always regretted not having a photographer there to capture it. I have a few very casual shots from the day that I treasure, but it’s not the same. I’ve always talked about doing a vow renewal with a professional photographer to get those missing shots. Our 10th anniversary (what?!) is coming around, and I knew if I didn’t do it now I never would. So, I started to try to plan a vow renewal. And that was basically the same as trying to plan a wedding ten years ago. I realized then that being married was all I really cared about, and I realized now that having those lovely-dovey couple photos was all I really cared about. So I told hubby he could book a trip wherever he wanted, as long as I could book a professional photo shoot during it. He chose Barcelona, a place he's been wanting to visit for some time. And I found Flytographer, which made the whole photographer thing so easy that we actually did it.

After looking at Flytographer's Barcelona photographers, we narrowed our choices to Orlando and Martina. We booked Orlando, and then I started freaking out whether we he was the right choice, and so we also booked Martina. Modeling did not come easy for us, to say the least, and both photographers did a great job with what they had to work with.

Orlando took great photographs, very artsy and dramatic, but I'm not sure I whether I would book him again because of a few things: He was 20 minutes late. (Without even notifying us. We literally stood in front of our hotel door for 20 minutes all dressed up and getting very anxious, watching the clock. He showed up right when we had finally decided that he wasn’t coming.) He said he would text information about a few restaurants he liked in the area, but he never did. (I know this doesn’t sound like a big deal, but Flytographer touts the local, insider tips as a plus to their services, so to not follow through wasn't cool.) He handed us a business card with the information for his personal photography business. (I’m pretty sure this is shady as Flytographer assigns their own person, a shoot concierge, as a go-between to handle all the details between their photographer and client. I'm absolutely sure they would want us to book him again through their website for future needs, and not directly.) But then I look at his photos, and I’m so glad we have them. 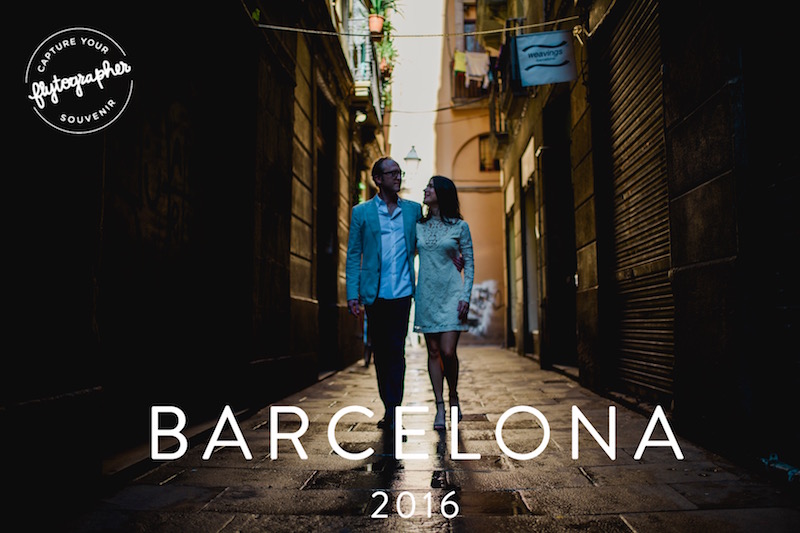 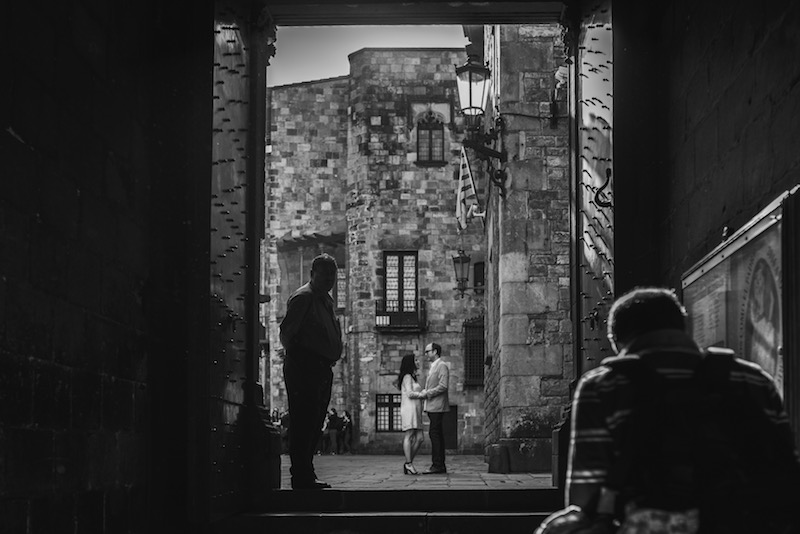 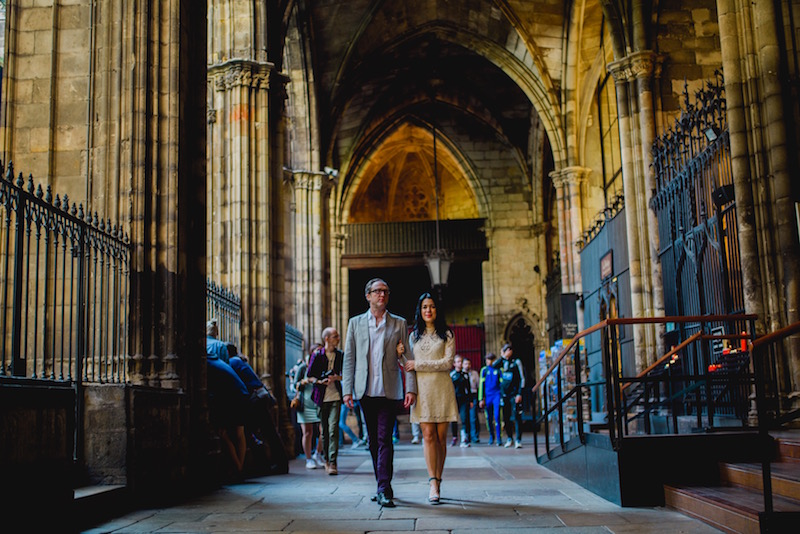 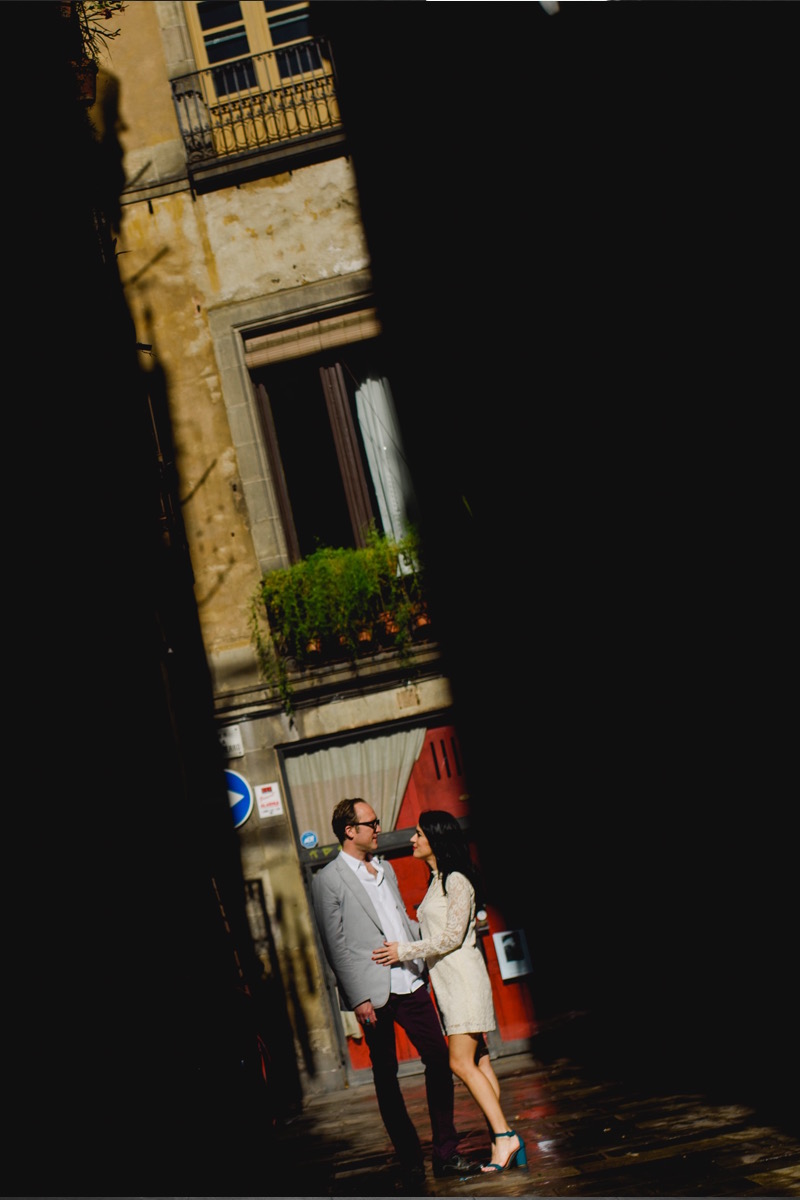 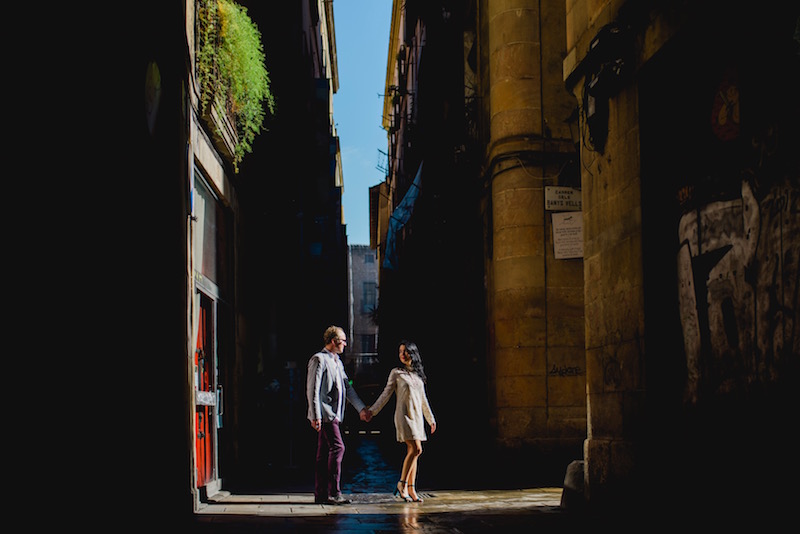 Top photo and photos above by Orlando in Barcelona for Flytographer.

Martina was beyond nice and friendly, and I would highly recommend her. Her photographs were exactly what I had hoped for when booking through Flytographer - romantic and beautiful and still really cool. She was obviously a perfectionist and I can’t believe what she crammed into such a short amount of time. She was also just a pleasure to be around. In contrast to our first shoot, she was right on time (even though we met at 6:50 am on a rainy morning) and we got a text recapping her favorite coffee shops and restaurants within minutes of her leaving (she must have sent it before she even got out of our building). She talked a lot about how much she loves Flytographer, and how well they treat their clients and photographers. 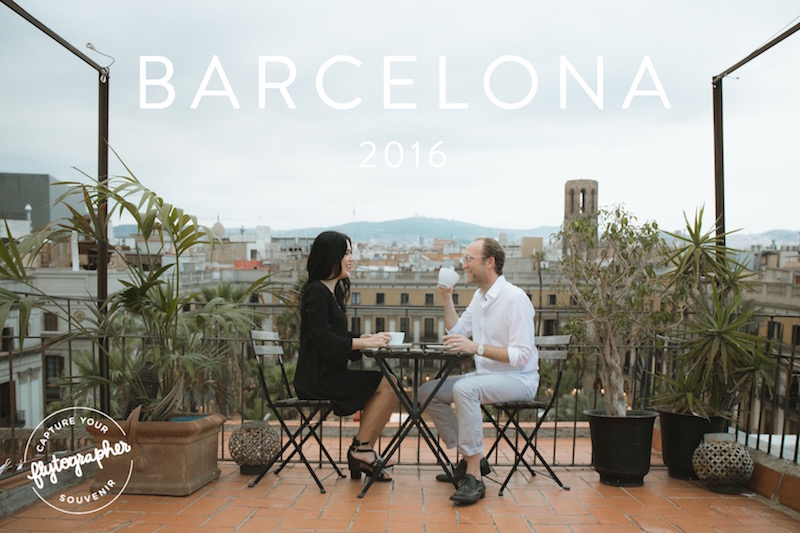 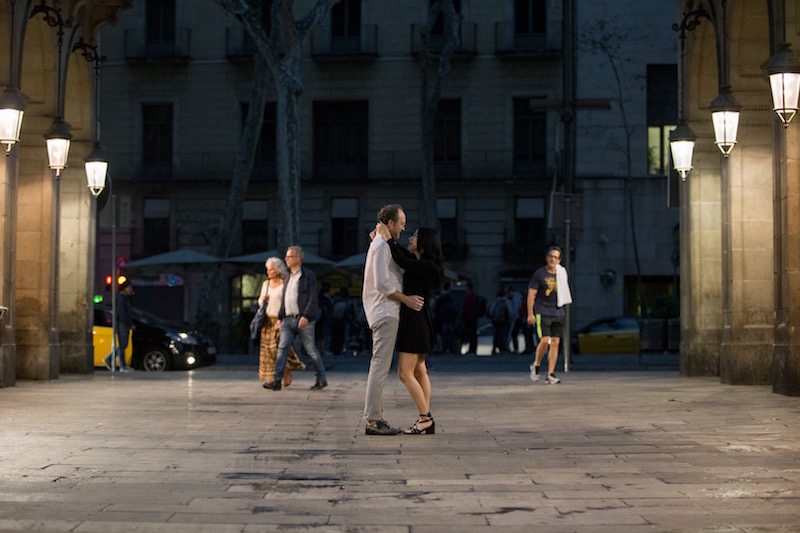 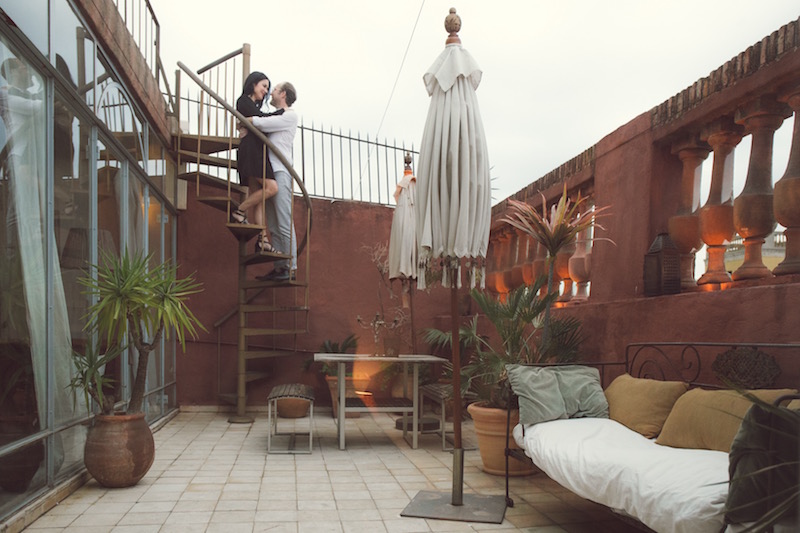 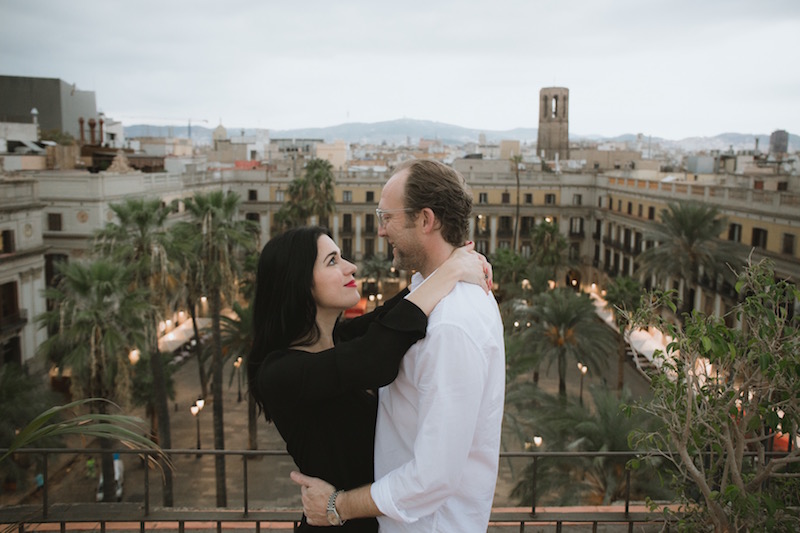 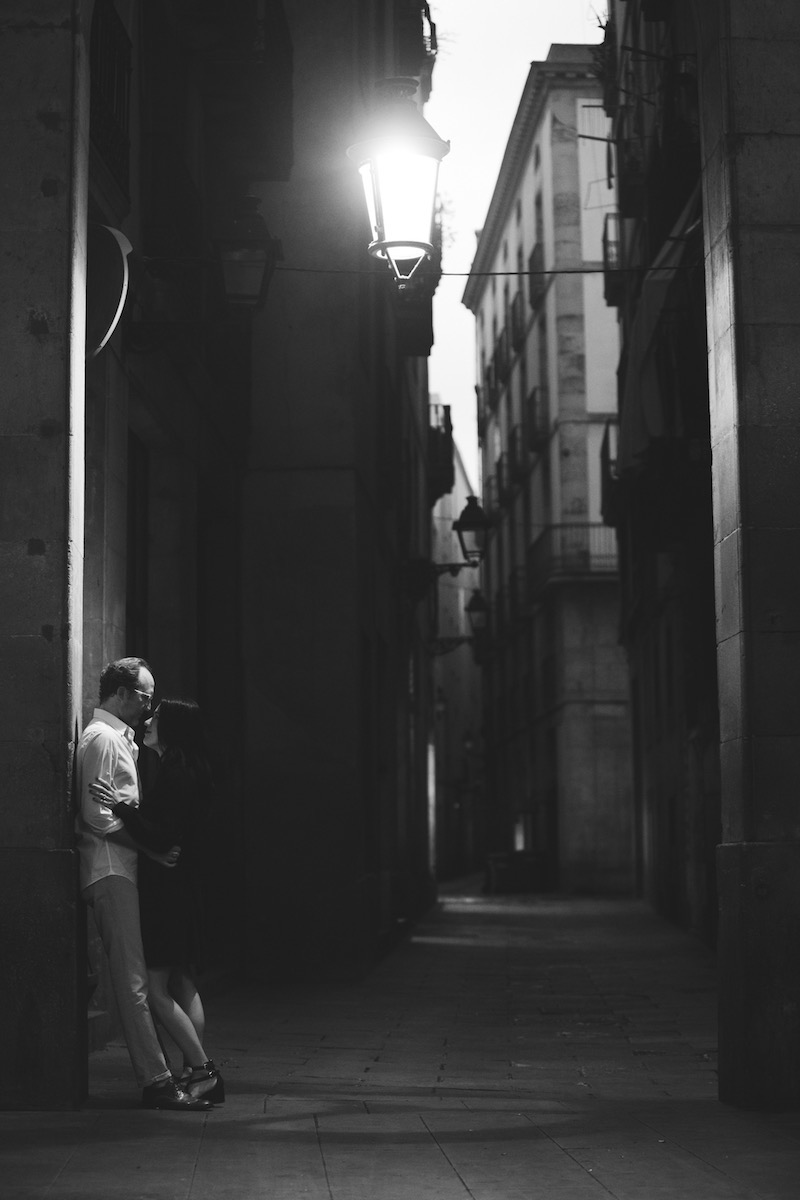 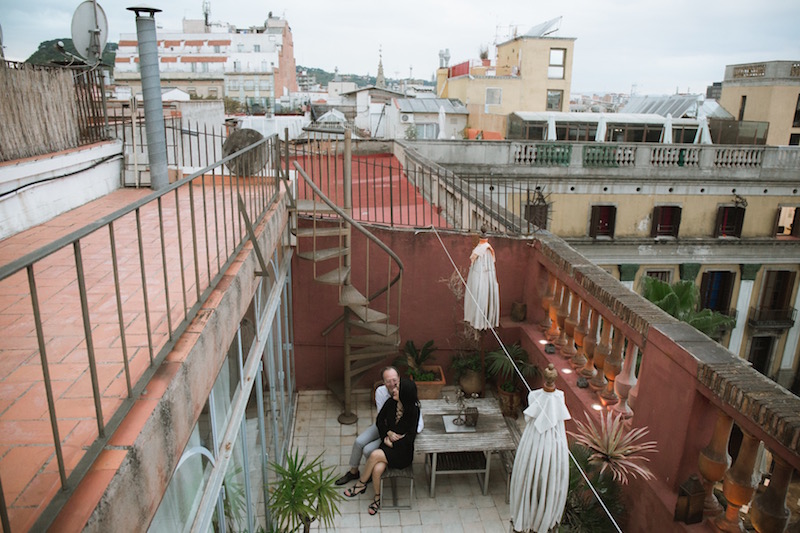 Photos above by Martina in Barcelona for Flytographer.

Overall, our experience with Flytographer was great. The hardest part was choosing the photographer. It’s very hard to choose from the online portfolios, which I’m not convinced are an accurate portrayal to the style you will get back. I think they would be better off showing one whole shoot instead of a small selection from a bunch of different ones. For example, from the samples in this post it’s hard for me to tell who I prefer, but in real life Orlando had several photographs that were absolutely loved, and then a bunch that were ok and a few that we didn’t care for. Martina had a bunch that were really great, but the rest were still good and she didn’t take any that we disliked. In order words, Orlando's highs may have been a smidgen higher but Martina's photos were more consistently good across the board. I would recommend booking two shorter shoots like we did, instead of one long one, to sort of hedge your bets if you have any doubts. The second hardest part was deciding what to wear.
Posted by Corrin at Friday, November 04, 2016