We went to Boston for hubby's work conference, which means schmoozing/taking people out to dinner. Which means we get to go to some pretty fancy places sometimes (which this time in Boston included Menton (teeny tiny macaroons!), Erbaluce, and Sensing (watermelon daiquiris with cayenne pepper!). Oh, and Coppa which wasn't as fancy but made me feel like I was back in Rome.). But this was the absolute best meal I had all week: 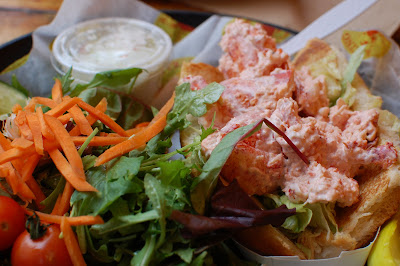 Mmmmm.... lobster roll with such fresh lobster! With a Sam Adams Light from a waterfront shack place called The Barking Crab. 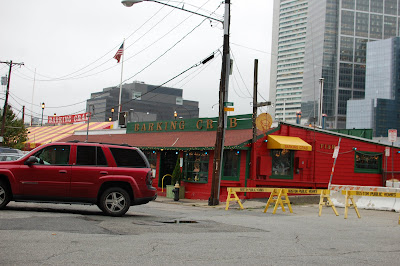 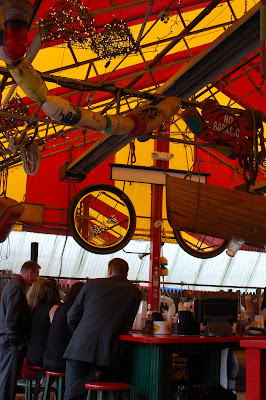 The best! I also found a new favorite drink: Blue Moon Pumpkin Ale from an irish-ish bar called Clarkes. They gave us Cinnamon Sugar to sprinkle on it.
Posted by Corrin at Sunday, September 26, 2010